By TianChad田七摄影 - August 27, 2014
Last weekend I was suppose to go to Good Vibes Festival with little girlfriend but she fall sick the day before... So in the end I went there alone because I don't wanna miss out performances by our talented local artists besides Empire of the Sun and Ellie Goulding. Unfortunately the rain poured heavily when Froya was performing and a few performances were forced to cancel. Luckily both Ellie Goulding and Empire of the Sun performance still on. On that day itself I have somehow become "Daddy" of two.

The sun was blazing hot at Sepang and that's why I was late a bit and accidentally missed out Elizabeth Tan's performance. Anyhow, it was good to able to catch up Narmi's performance. His voice is unique too and I guess he wrote songs to charm the lady even more haha.


At one part of the festival, you can see there is a big Hotlink air bag on the floor where you can jump from the top. If you are daring enough you should try it out!! that's how you #LiveLifeLoud yo

Heard this band sing a song without any lyrics. La le li lo lu~ Faiq & The Manja Mob is the name of the band.


I am glad that Yana tweeted me and asked if I am at the Good Vibes Festival because without buddies it is kinda boring to enjoy the music alone. So yeah our fun journey has begin haha. Both Yana and Muru were so excited to able to meet their favourite music artists and YouTubers. And I eventually end up become their photographer of the day and "daddy" to make sure they are safe hahaha

Why you gonna be so rude? Tell me only last CD to giveaway to Yana? Hahaha! He did a good cover for Magic!'s Rude. Next time please remember the lyrics ;p

Yasmin Hani who gave birth already and still looks awesome skinny =) Her husband Shaarin was there too. I can always recognize them both because Shaarin has that signature mustache hahaha

To be honest, since the rain poured heavily we spent most of the time at  the shaded area where people sell Heineken beer and cigarettes. So me as the "daddy" gotta make sure the two girl don't get influenced haha. Oh ya Redbull selling their drinks at RM15 for two and free one rain coat. Finally Empire of the Sun performed around  9pm++ His performance was kinda cool with his dancers and band. At the end of his performance he crashed his guitar for an epic ending.

Around 11pm++ finally Ellie Goulding performed at the Red Stage. Thank god the rain has stopped and she get to perform. To be honest we are quite tired since we were here since 4pm, all we hope was to enjoy the last epic performance by Ellie Goulding who came to Malaysia for the first time. I hope that Ellie Goulding will come to Malaysia again for her solo concert and I will able to capture the precious moments at her concert. After all it is more fun for a photographer like me to enjoy the music and doing something I like at the same time. Here's many photos of Ellie Goulding captured at Good Vibes Festival using my Sony RX100 compact camera. Hope it still looks good to you even though it is not captured using DSLR. If you have better compact camera to recommend to me, let me know ya =) I really like the super zoom of Sony RX100 and I can charge the camera using my Xiaomi Powerbank since it has the universal charging port like other smartphone. 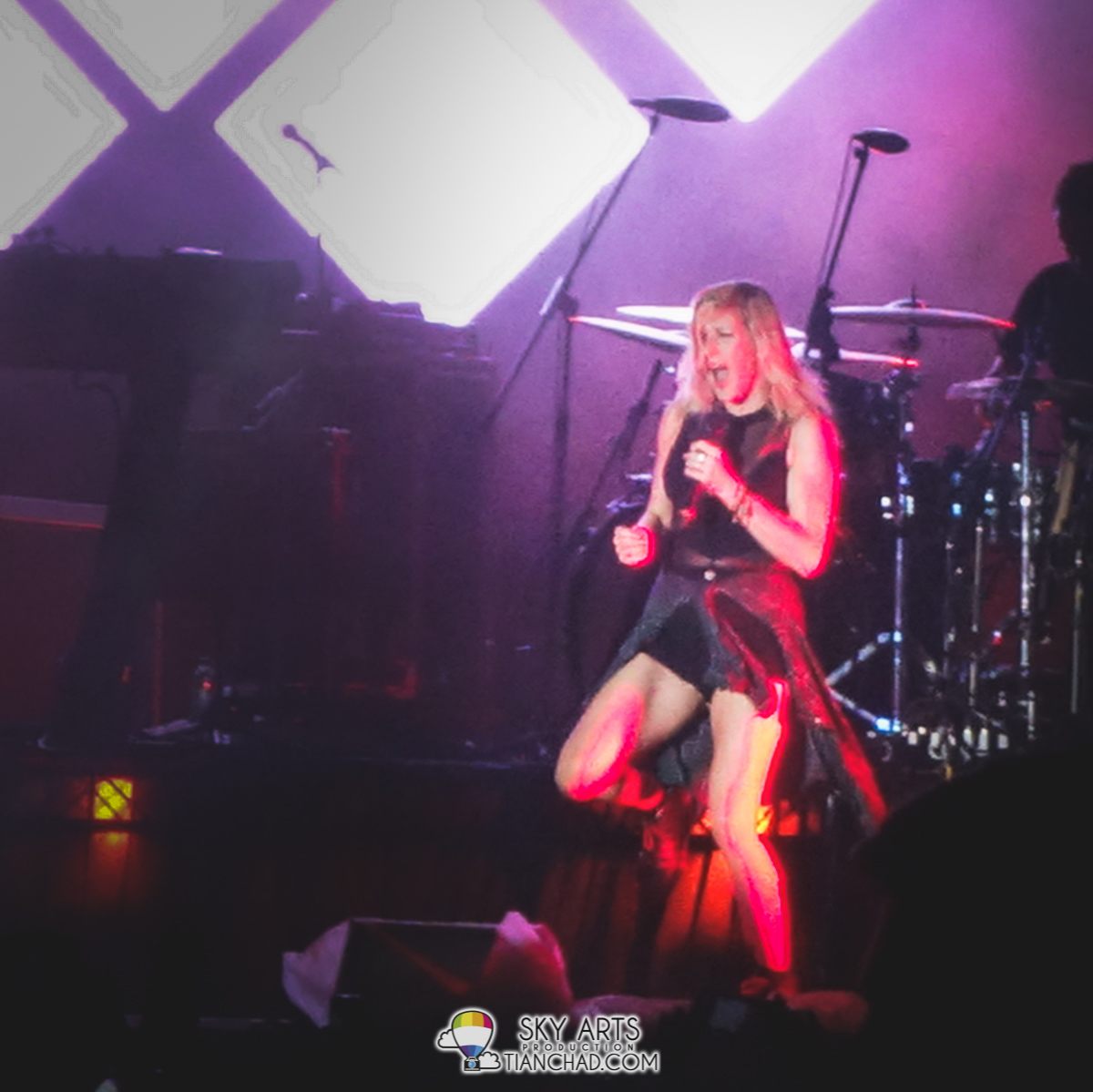 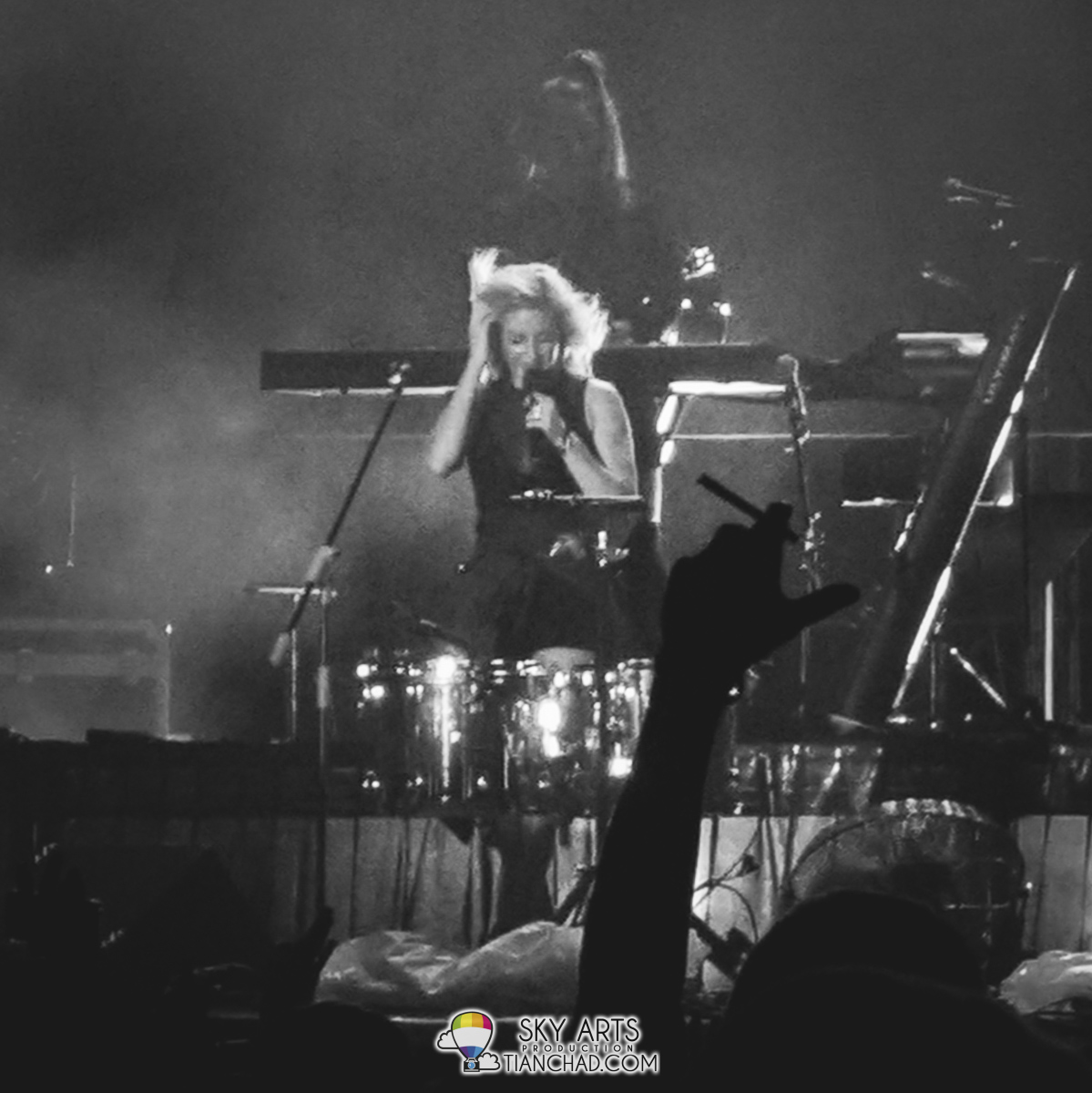 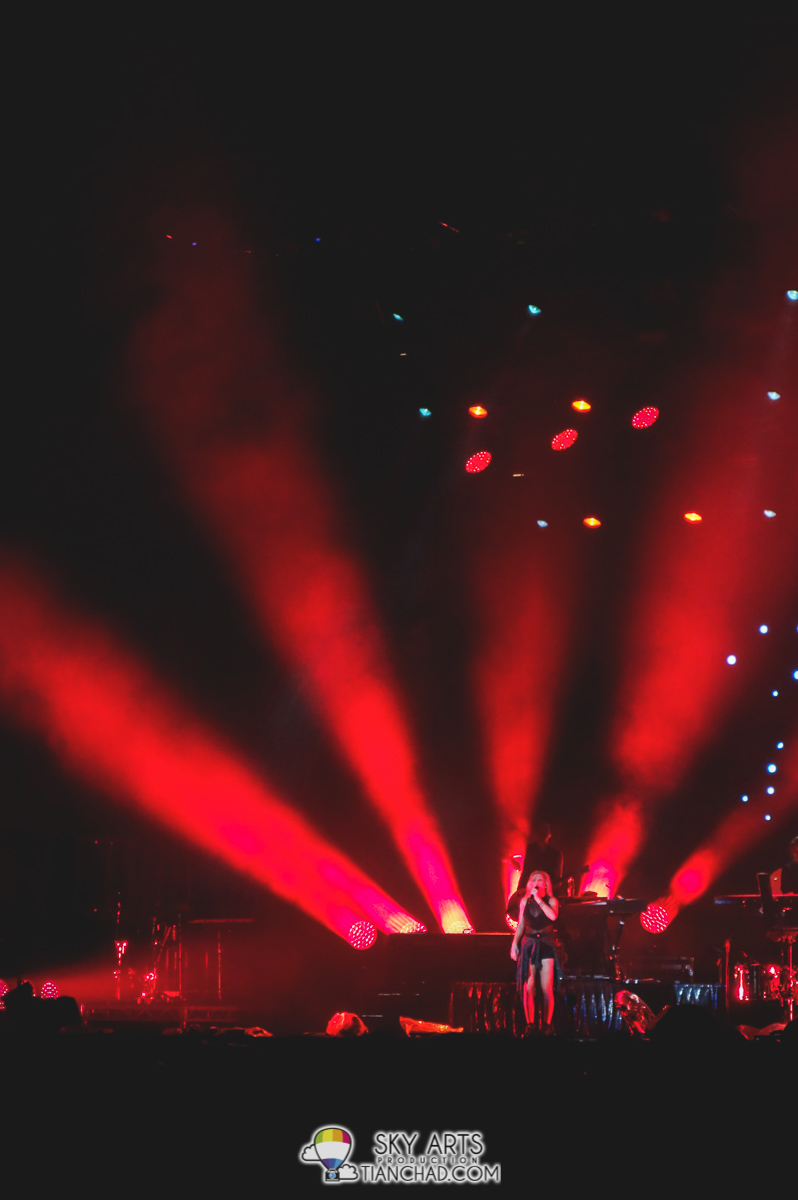 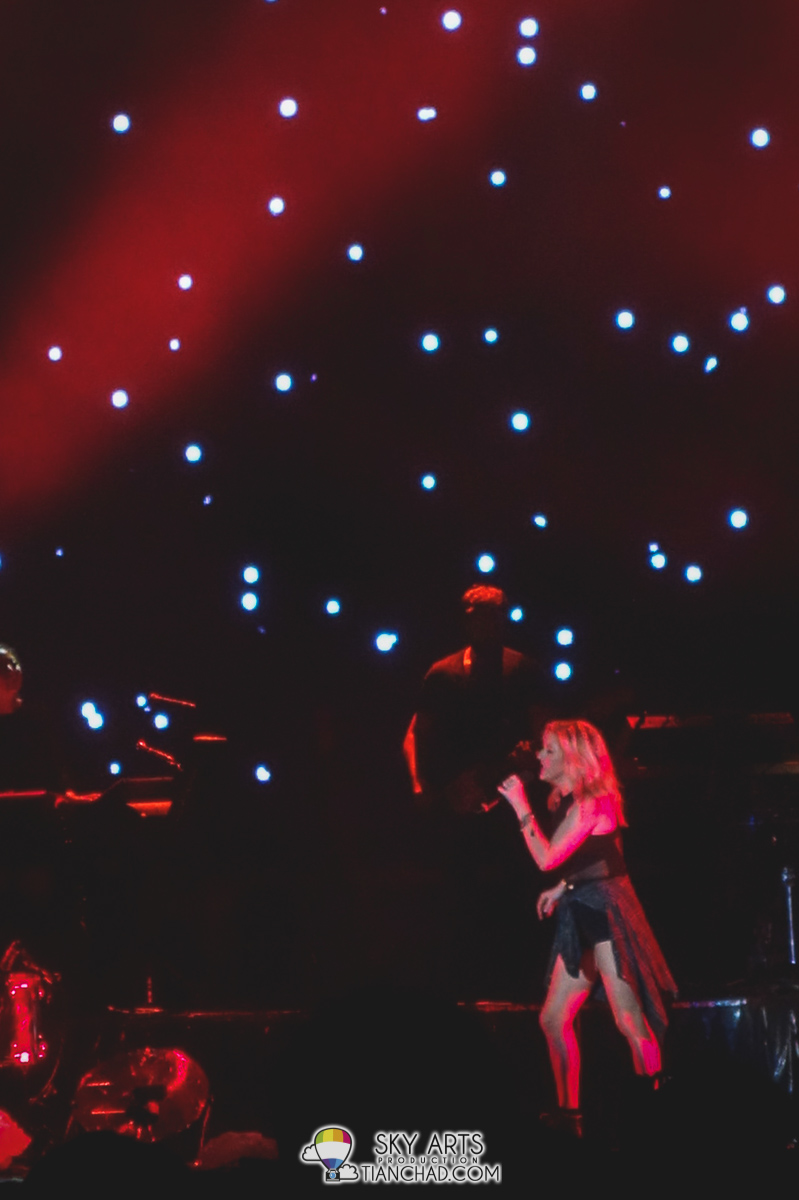 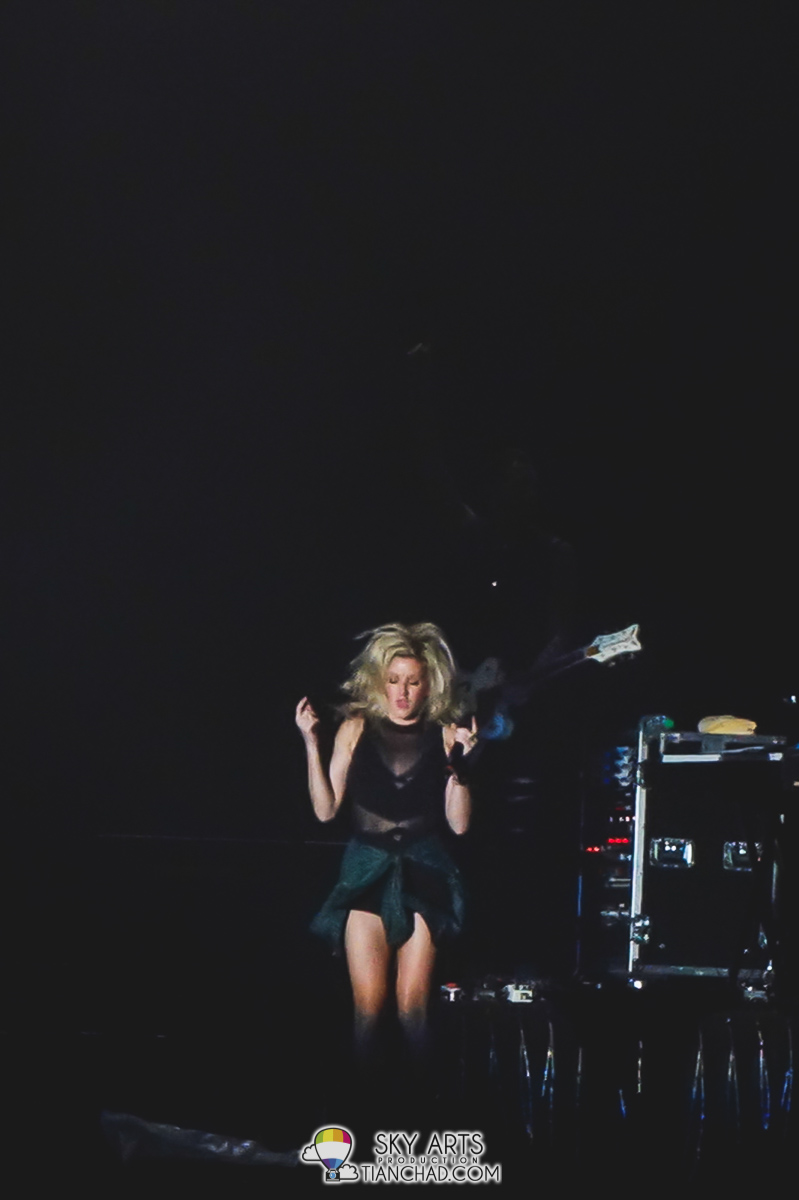 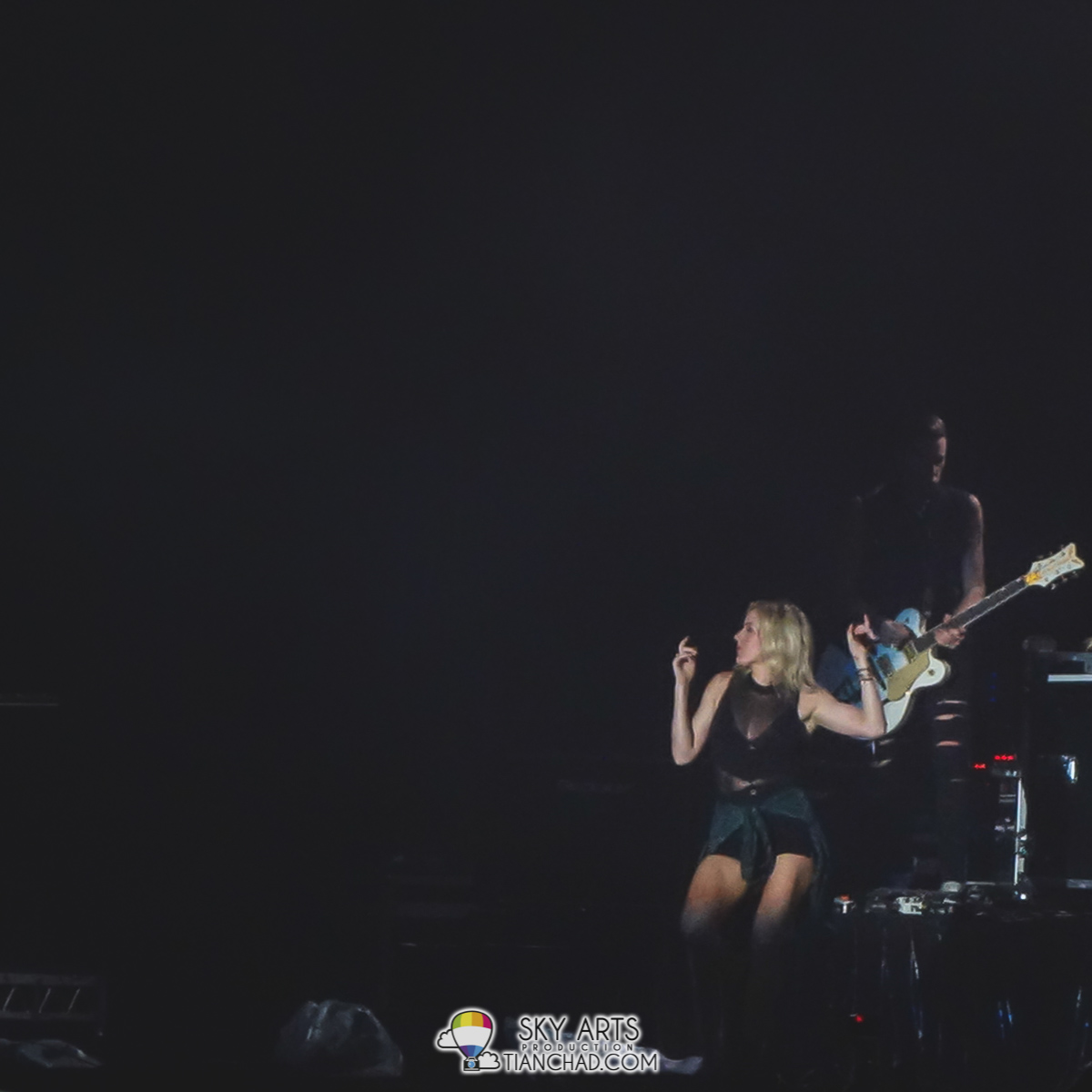 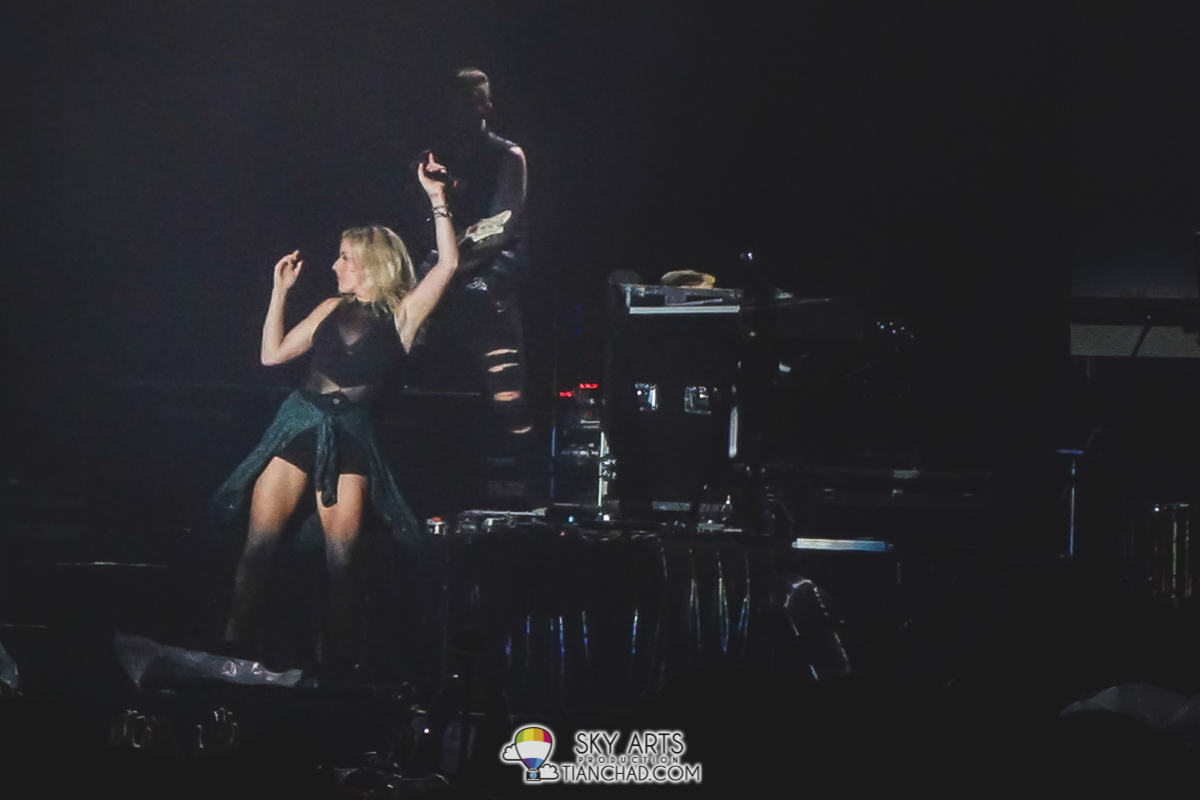 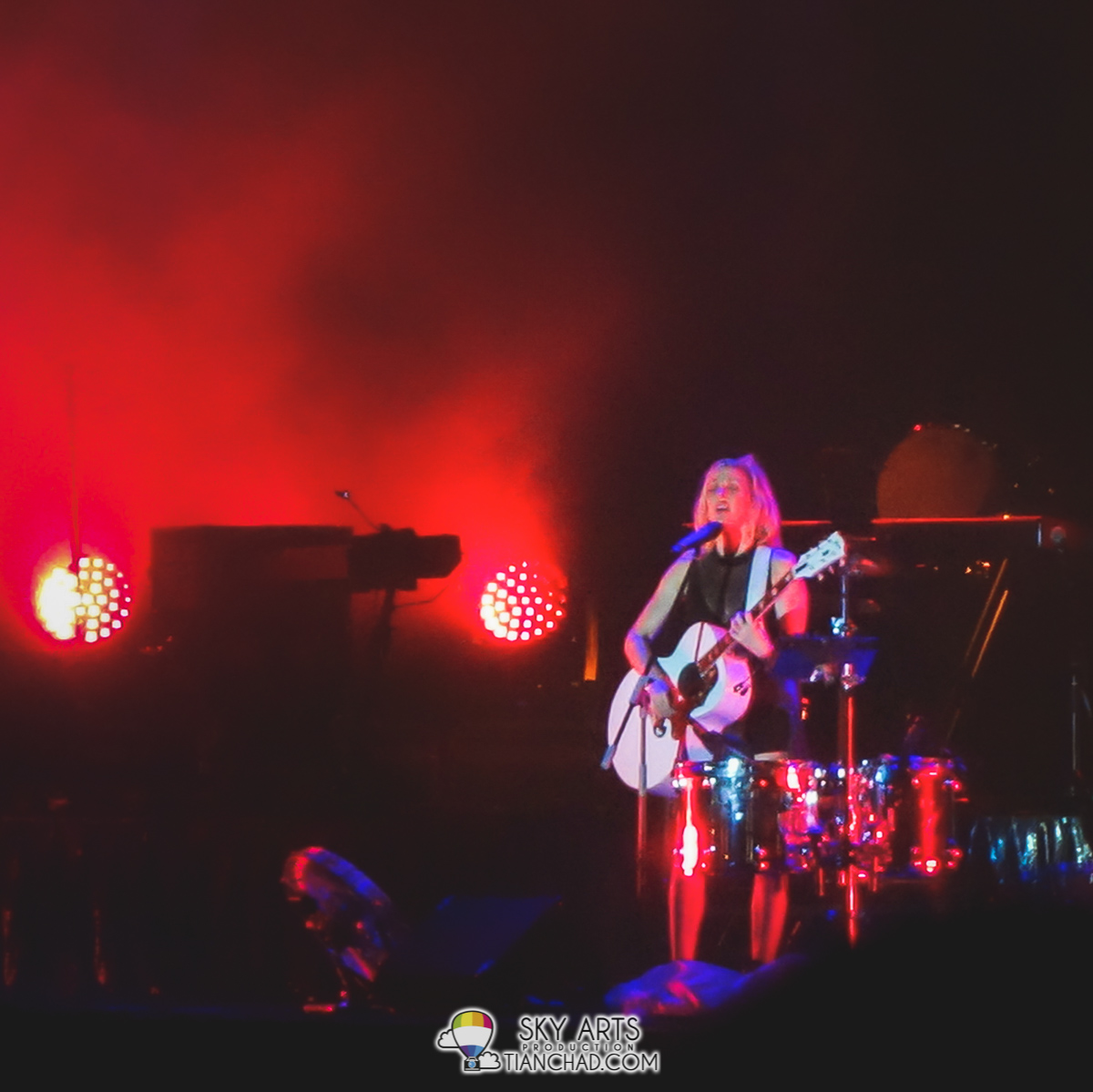 Ellie Goulding played drums, guitar, dance and shake it off freely on the stage together with her singing. What an energetic lady to shine on the stage!!


Last but not least, I would like to thanks the energetic youth-duo Yana and Muru because they stay until the end of the music festival together. It was fun to bump into you girls and then we just hang out together. I am sure without you guys I would have went back a lot earlier during the rain haha.

Hopefully in the next Good Vibes Festival, the organizer will hire a talented "weather consultant" a.k.a. bomoh to make the weather stay cool without heavy rain. Cos I am sure some of the music bands whose performance got cancelled last minute due to the weather has been training very hard to show their best for that day. Till then, keep it up with the good music Malaysia!!