Showing posts from March, 2010
Show all

I Won Kido Daruma from SmashpOp.net! 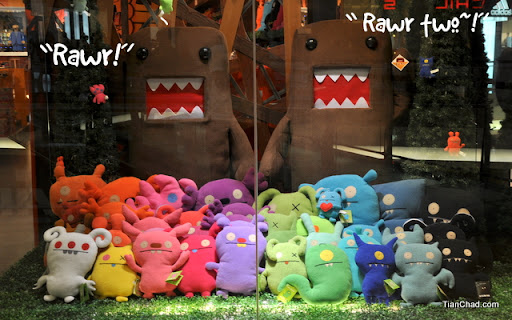 Rawr! Recognize the monsters in the above pictures? They all together can become a rainbow. I like it =) So I went to Mid Valley last few days to meet up with SmashpOp (Jason) to collect present from the March birthday boy. Since I arrived earlier I wander around and found Action City was at the same floor. Action City @ MidValley Garden They have tones of bearbricks with different size and designs When monster pig can fly Dancing Silver Bearbricks, which one is your favourite? Haha! They have The Beatles too! John, Paul, Ringo, and George. Arrange them in order~! Action City have tons of Domokun in various size. From Keychain size to big baby size. Really like the soft toys and stuff selling in there. After this went to The Borders for some reading and bought Men's Uno + FHM Magazine. Before that I've spent hour reading inside, luckily got sofa. Spent lots of time inside and spot these music boxes. Most have been sold out =( It could be great presents for f
4 comments
READ MORE HERE 阅读更多 >>

My Cousin Will Be Happy With This 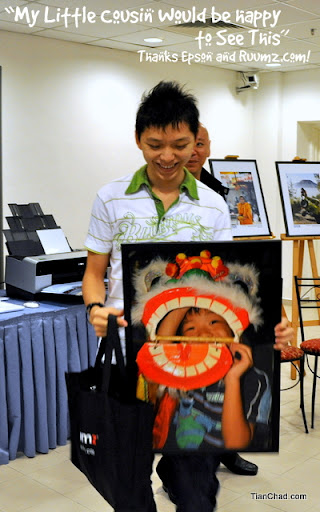 A short post to share, today went to Islamic Art Museum Malaysia (IAMM) to get my photo printed through Epson's HUGE nice quality printer =) I was surprised to see it was framed! Actually I was participating in the photo contest organized in ruumz.com together with Epson as partner and this picture was one of the merit photo. I will give my cousin and his family this birthday gift =) There is also an exhibition ongoing at there~! Yes artworks from an awesome international photographer Steve McCurry . A Common Faith Steve McCurry 's Travel Throught The Muslim World (7 January-8 April 2010) This is one of his works: "I See You!" Go visit IAMM to see his artworks~!
2 comments
READ MORE HERE 阅读更多 >>

I Wanna Be a Project Alpha TV Star! 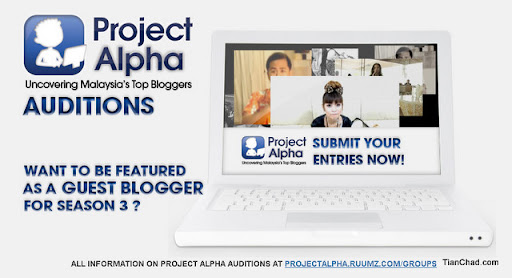 Good news to all Malaysia bloggers! Do you wanna get more popular in Malaysia or even worldwide? Yes? Today I am gonna share with you how to grab this golden chance. You can get yourself featured on Project Alpha, the Malaysia Bloggers Reality Show as long you have submitted an audition video entry at ruumz.com To submit your audition, follow the simple steps below: Step 1 : Join ruumz or login to your account Step 2 : Join the Project Alpha ruumz group! (You're looking at it!) *The option to join is located on the top left hand side of your screen. Step 3 : Upload your video into the ' Auditions ' Album below Step 4 : Insert a title and a short description about your audition. * Tip: You can also tag yourself to your video so that it will appear on your ruumz profile page Step 5 : To increase your chances of being selected, get your friends and family to " Like " your video The Top 3 winners will be featured as guests bloggers in the ne
2 comments
READ MORE HERE 阅读更多 >>

Congratz to BLOG for FT Winners! 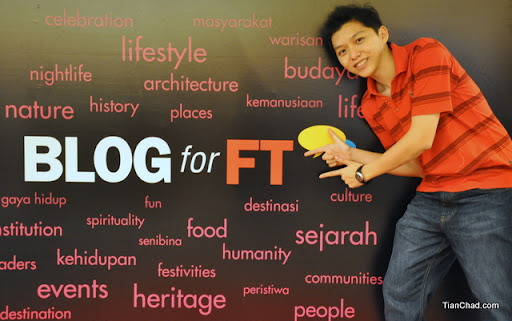 First of all, glad to be invited by Nigel Sia to attend the prize giving ceremony for "BLOG for FT" contest . It is totally a different kind of event where there are Datuk and Datin dropping by and it is more formal compared to all the events that I've been. Below are some of the random photo to share first =) Niki Cheong won a Naza Kia Optima Novus Nigel Sia won the second prize for Public category Nigel with his new Naza Prisma A group photo for some of the winners Last but not least, a lovely couple David and Jen =) ~~~~~~~~~~~~~~~~~~~~~~~~~~~~~~~~ Seems like I like to snap pictures of interaction between people. Especially when they are showing the love bonding. For example, this pict "I Have a Lovely Dad" . And after tonight, I know I need to get myself a flashgun asap. Money money home!
1 comment
READ MORE HERE 阅读更多 >> 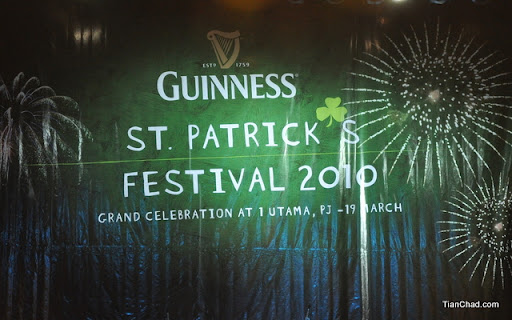 Last year, I visited St Patrick's Event for the first time . It is a lot different compared to decoration this year. Happy to see Belinda Chee as the emcee also. On 19th March, me and friends [so called the Xeroz Couple gang] went to 1 Utama for this grand event. Able to get a FREE pint of Guinness courtesy of @GuinessMY 's contest on Twitter. Social media rock! *grins* While waiting for friends me and Wern went to have dinner at Pasta Zanmai [1 Utama] first. First time try their set menu. Mini size dishes includes Terriyaki Chicken pasta and Mini Hotate Pizza Wern also get herself a set of mini dinner - Ebi Tempura no Gomadare Pasta and Unagi Rice After dinner it is time to get some drink, too bad this Guinness Balloon can't satisfy our thirst. It looks great for me =) The St. Patrick's Cupcakes This year themed as LOL [laughed out loud] and must have comedian for the event! One of the comedian KuahJenHan is in the screen Some game for you to play and w
Post a Comment
READ MORE HERE 阅读更多 >>
More posts