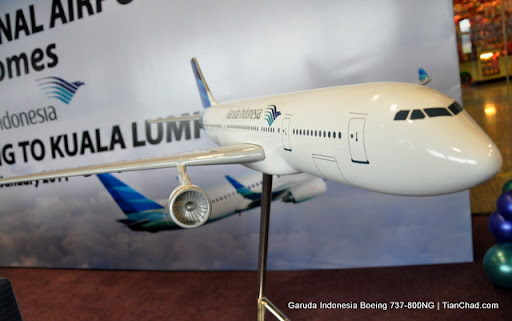 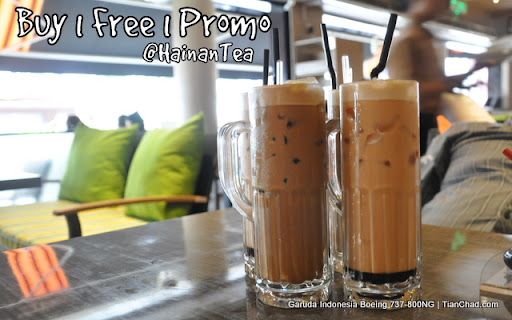 Had a breakfast meet up with Wilson@PlacesandFoods , YapThomas and Nicole@MsXeroz @ HainanTea Bandar Puteri. They were having the Buy 1 Free 1 promotion for drinks. The food consider expensive if without a member card. 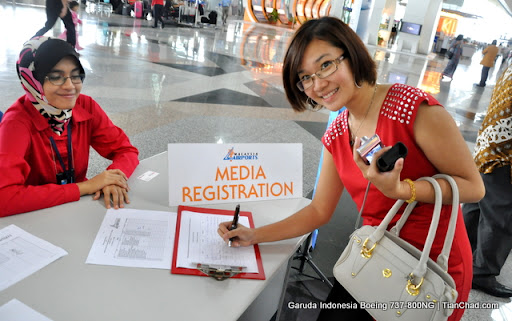 Thanks Wilson for fetching us so that I can has one day off from driving. Safely reached KLIA and go to register counter quite early. YapThomas seems like know KLIA very well =) 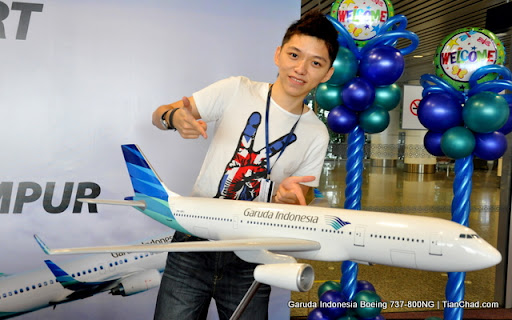 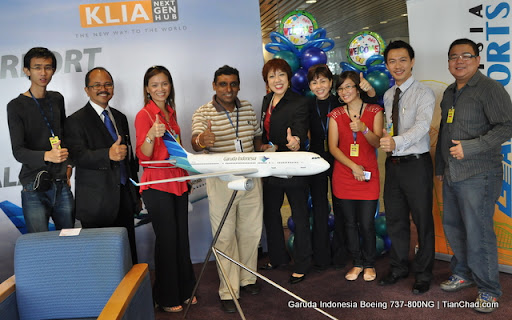 Somehow become their photographer lol. Thanks for posing~! 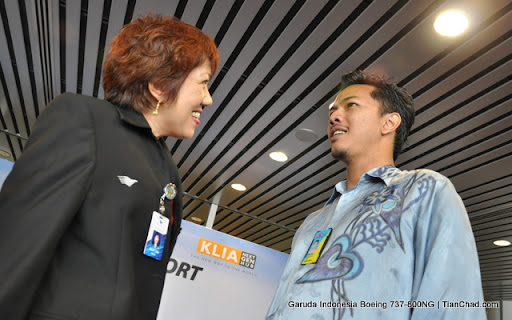 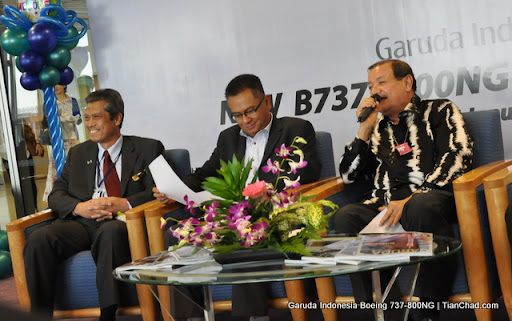 "Garuda Indonesia's flights from Kuala Lumpur to Jakarta are popular with the business and golfing community because of our convenient flight timings and value added services which cater to their need for convenience and comfort,"said Erwin Suharja, General Manager for Malaysia, Garuda Indonesia. 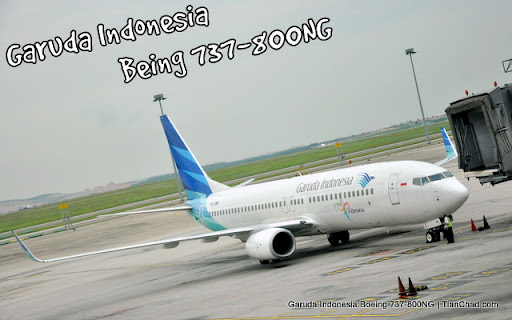 The new & huge Garuda Indonesia Boeing 737-800NG is finally in KLIA~! There was a promotional fare of RM111 return flights on 15 January from KL to Jakarta to celebrate the introduction of new aircraft. How I wish I can get the promotion too~! 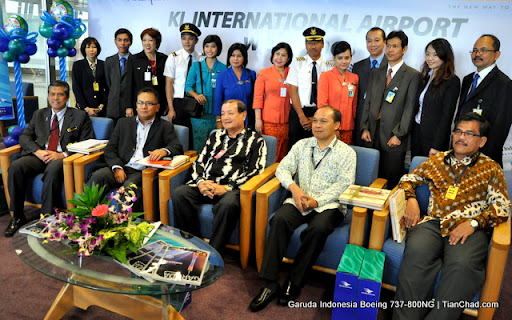 The VIPs, pilots and stewardess of Garuda Indonesia 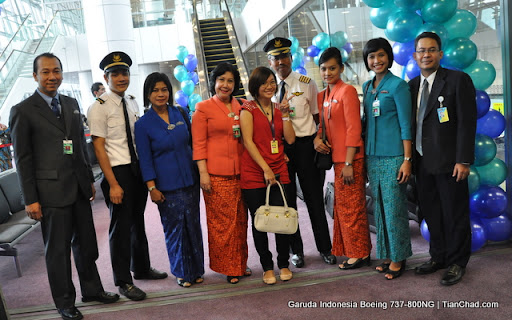 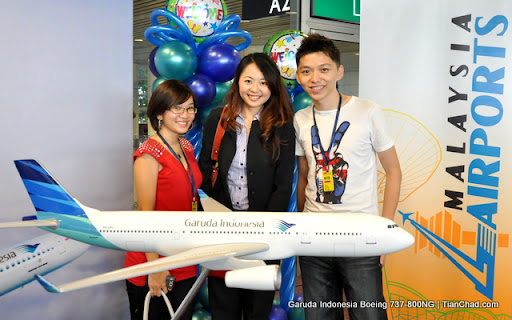 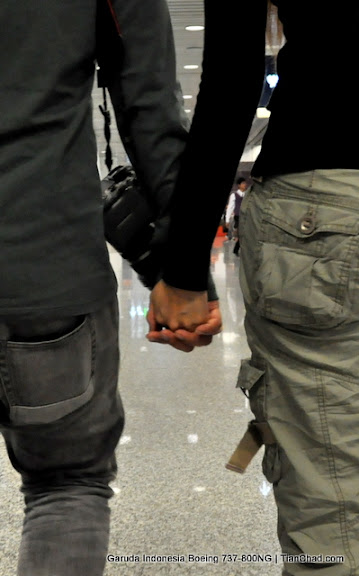 Let's guess who is the happy-ever-after-couple holding hands? =) 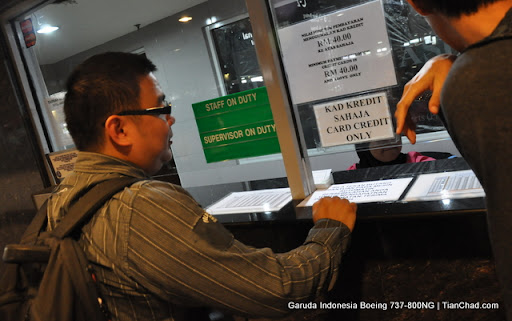 After today's visit figured out that if you park your car a day @ KLIA it cost around RM40++. You can choose whether wanna drive own car or call a Taxi with almost the same rate. 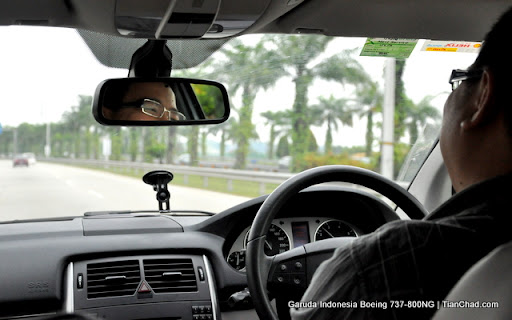 Thank you so much to Wilson for fetching us all the way along the trip! Appreciate! 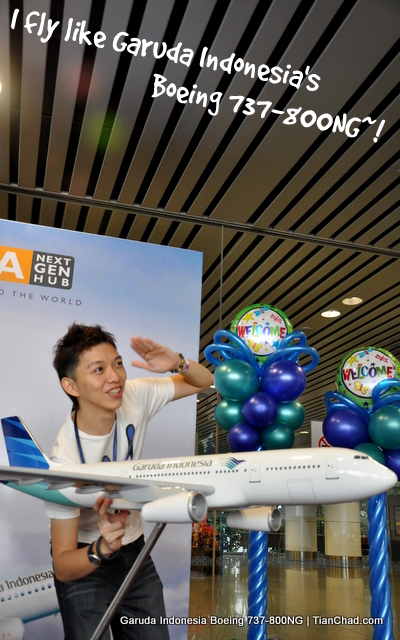 Not forget to imagine myself flying like a G6 with Garuda Indonesia Boeing 737-800NG~!
Hmm when should I fly to Jakarta for a trip? 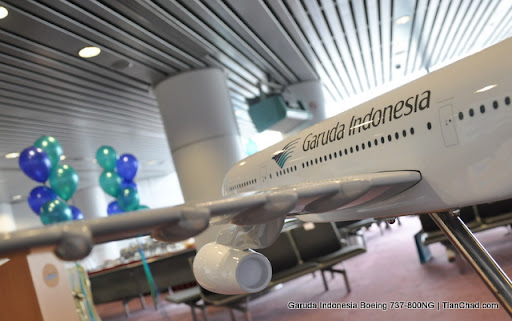 For more information about Garuda Indonesia Airline, visit www.Garuda-Indonesia.com and get latest update on Garuda Indonesia (Malaysia) Facebook Page!
"I fly light paper get high like planes, if you catch me at the border, I got visas in my name~!"
You can subscribe to TianChad @ 永遇乐 or follow @TianChad on Twitter for future blog post update =) Press the "Like" button and share with your friend kay? Thanks~!
Garuda Indonesia New Launch NuffNang