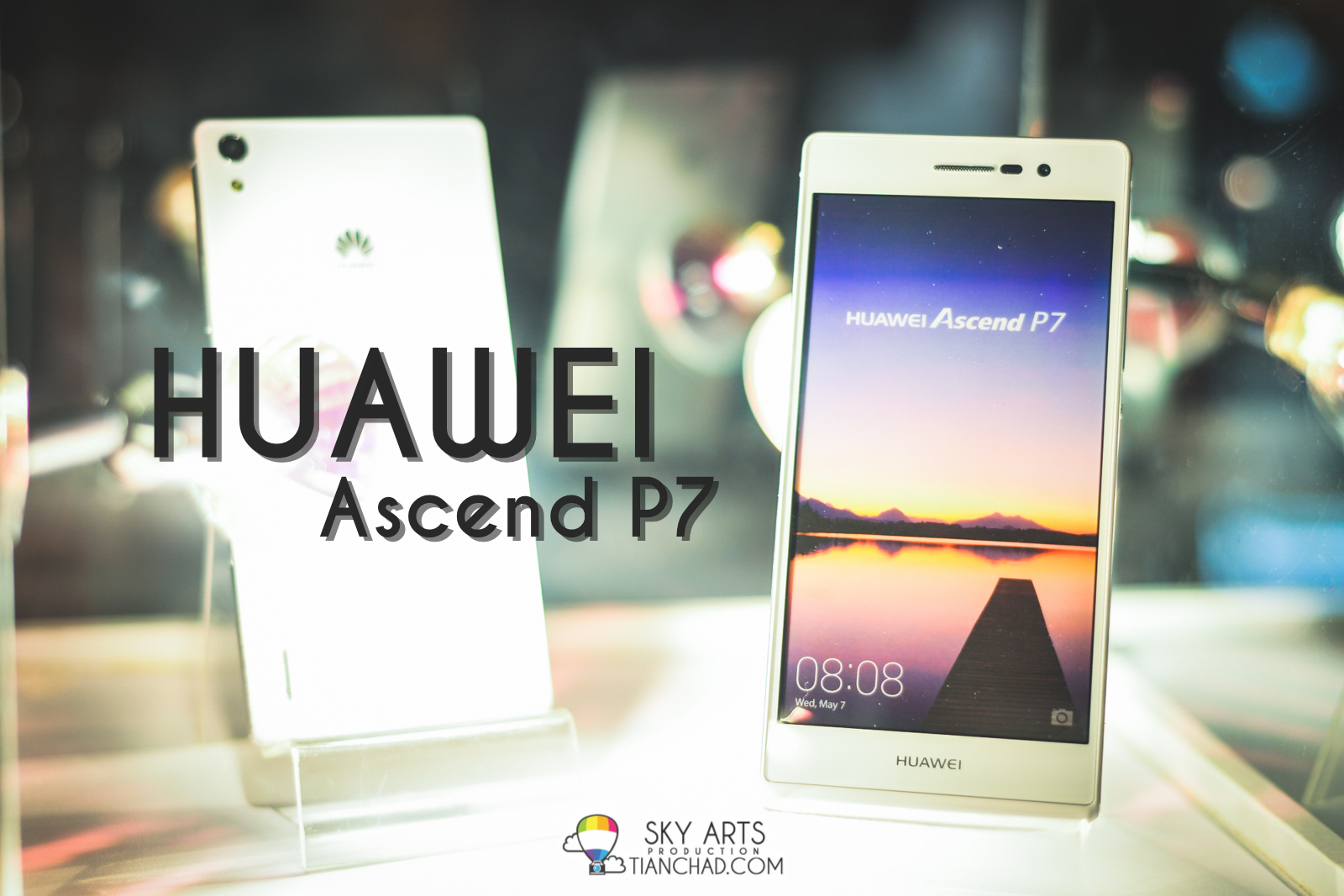 On 10th June, Huawei unveiled the highly anticipated Ascend P7 in Malaysia together with other high quality LTE-enabled devices and a wearable. The main attractive of Huawei Ascend P7 is non other than its camera ability to capture great selfie/groufie photos together with friends!! I am gonna demonstrate it to you with friends. Just continue read this =)

While waiting for the event to begin, there were pretty Huawei Ambassadors with Ascend P7 invited us to do a #Groufie (group selfie). I was amazed by the phone's camera as it can do a panoramic shoot at both direction (left and right) to create a wider selfie photos that can easily fit 7 people or more!! That's our photo at the center taken by @janechuck =)

Gary Xu, Country Director, Consumer Business Group, Huawei Technologies Malaysia said, "The Ascend P7 encompasses the needs of the consumer for a durable and sophisticated device that brings an excellent balance between form and function. But beyond the exterior, our latest flagship also packs an unparalled camera experience and ultra-fast performance, redefining excellence in its entirely."

The Making of the Huawei Ascend P7


The Huawei Ascend P7 has an ultra slim and sleek design (6.5mm) where its back cover went through 7 layer treatment.  Huawei Ascend P7 can has fast speed connectivity using 4G 150Mbps Dual-Antenna technology. Besides that, Huawei Ascend P7 has 13MP Rear Camera with IMAGESMART engine and 8MP BSI front camera with groufie and beauty enhancement features. I will show you the groufie photos after the catwalk photos below.


There were a few Huawei Ascend P7 units for lucky draw and I hope I can bring one home next time =) Congratz to all the lucky Huawei Facebook Fans too!!

Since now is the year of Selfie, Huawei Ascend P7 will be a great phone especially if you like to take selfie as much as I do!! Do feel free to check out my #TCSelfie photo series on Instagram =) I would like to ask you guys to join Huawei's #HuaweiGroufie Facebook Contest too. Who knows we both can win a brand new Ascend P7 together? Haha! Keep your finger crossed!!


Hopefully I can hands on a brand new Huawei Ascend P7 soon so that I can try out all their new camera functions. This new gadget definitely gonna make our selfie life easier yo! Even low light photography can now become easy too!! All above mentioned Huawei devices is now available at all Huawei authorized stores, for more information please visit www.Vmall.my and Huawei Device Malaysia Facebook Page.