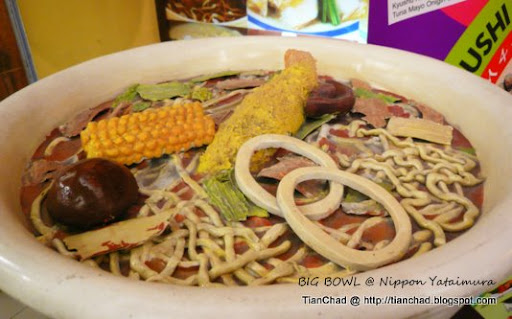 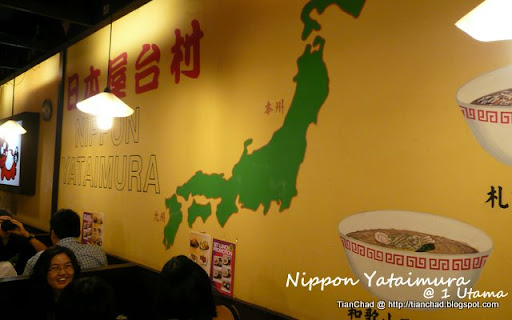 Steven's senior - Gaddin also join us for the Boys Out Night
He received SMS from someone he don't know. 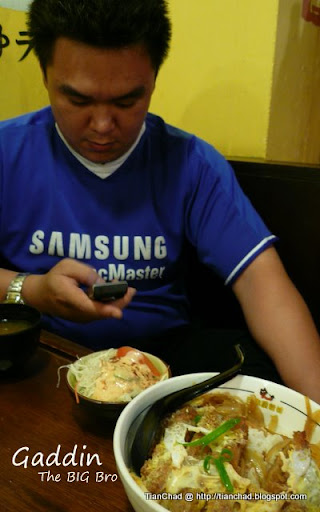 I still impressed with the SMS
There is NO fullstops between the 3 pages long SMS
I think it was an SMS sending from a mother to her daughter telling her not to be with a useless guy.

Gaddin told her she has send to wrong person and we all waiting for the reply.
But no answer...I think she is shy ;p

While waiting for my foods, saw some "Beer" on the cupboard.
Which one have you tasted before?
A, B or C? 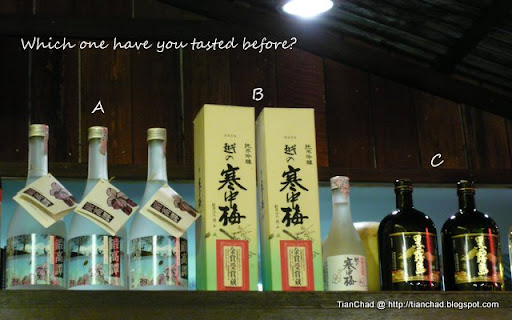 "Shao Rou" makes me remind one of my friend.
Who has a nickname called "Ah Bak"
But now she is not "Ah Bak" anymore :) 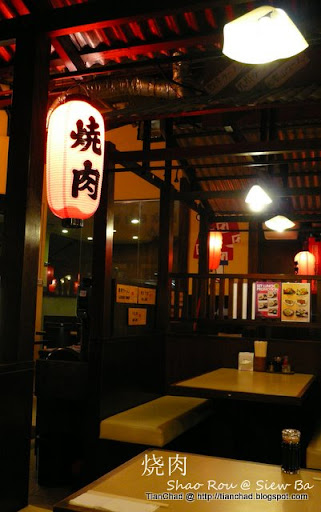 This is Steven's Ramen Set
Didn't remember its name 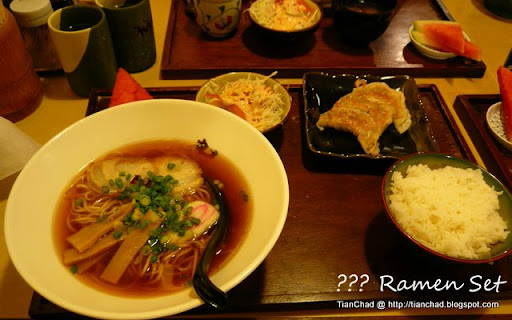 And my ??? Don Set
Can't remember its name XD 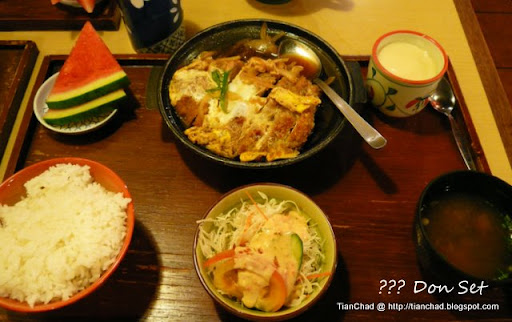 The food we ordered are a bit expensive
BUT the foods tasted really really nice ^@^
It is worth to try if you have a "Entertainment Bank Account"
I mean, the money specially for you to use on enjoying the foods and drinks ;p

Gaddin looks like a BIG Brother to me
If I remember correctly,
He got work as part-time security in pub/bistro
He is a funny person too! 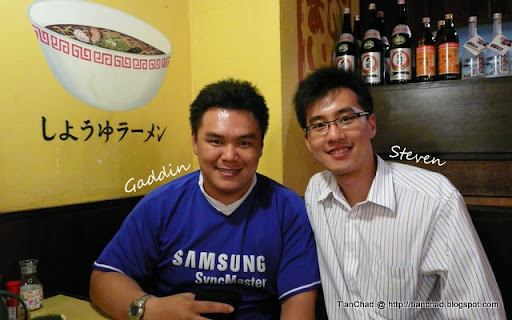 Me and Steven
My panda eye will be very obvious if I didnt wear glasses :X 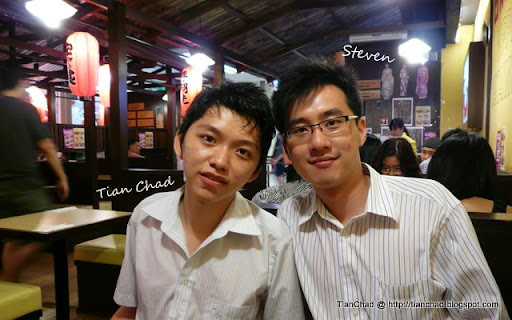 I believe many people have watch "Knowing" right?
If not, you should go and watch for their enormous graphic effects
Some are scary, some are stunning, and some are really beautiful! 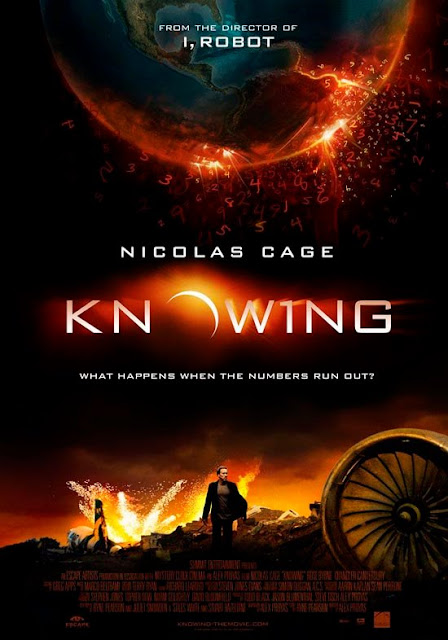 There are certain people being elected to have the six-sense of what is going to happen in the future.
They will keep write out the numbers till the end with "EE"
What really happen when the numbers run out?

It makes people break down when they saw the plane crash with burning human, LRT crash with bleeding guy being smashed into "Tomato sauce"

If you like the graphic effects, do pay a visit :)

Once the door was closed, there is always another door being opened for you!
Diary Food Funny Happy Memorable Movie Person PhotoS Restaurant Thought UTAR