By TianChad田七摄影 - April 01, 2009
Let's continue from previous post
Have you get the answer for the following question??
Q: Why is Rina hiding behind Belinda? 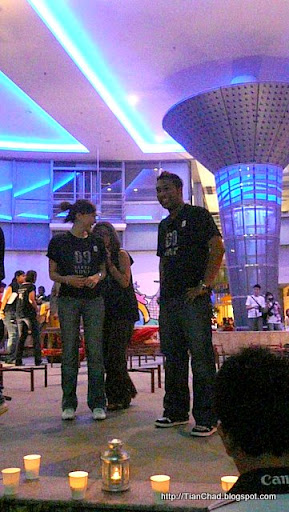 A: Cos there are two of her fans that shouting her name so loud

Rina Omar is very infectious when she start to speak :)
“Did you all switched off the lights?!” 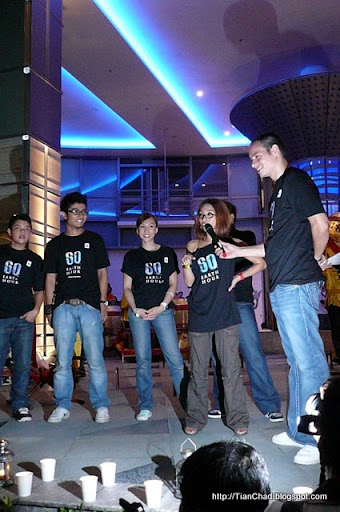 Here he is, I can't remember his name but I remember his voice
A good voice!!
Can anyone tell me his name? :) 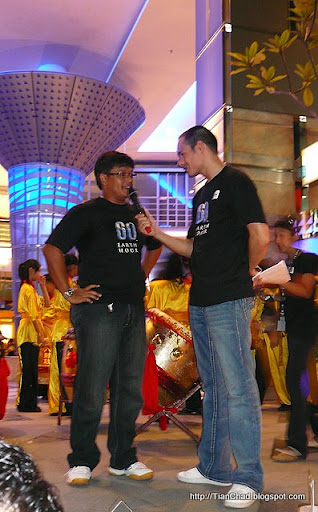 The moment before KL Tower switched off its lights 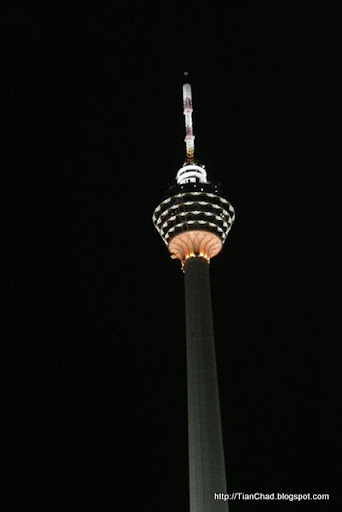 The performer on stage
Their songs is okay but pity for the guy on the right because his spec is out of order with just one step on it by Joey G... 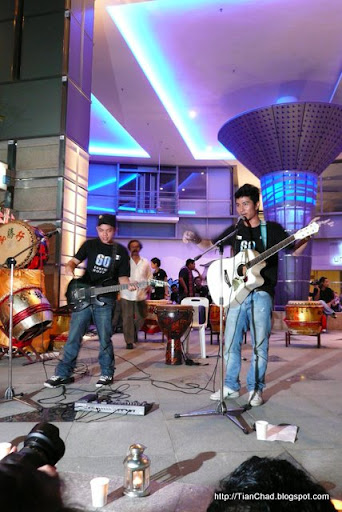 The Negroes are blowing the bubbles
Their hair will always curly the whole life?? 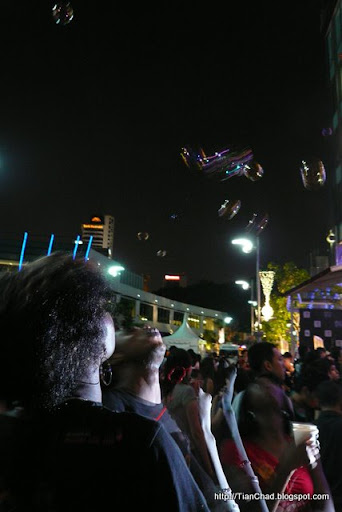 Later then, the movie cast for TALENTIME and MUALLAF are on the stage ^@^"
Thanks to Arashi to fill in the blanks~
Howard Hon Kahoe, Sharifah Amani ,Mahesh Jugal Kishore & Yasmin Ahmad 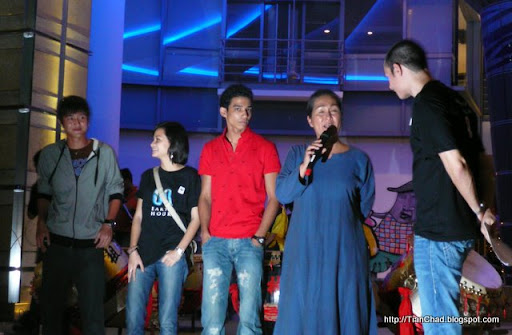 She was jumping/floating so high when she saw her friends! 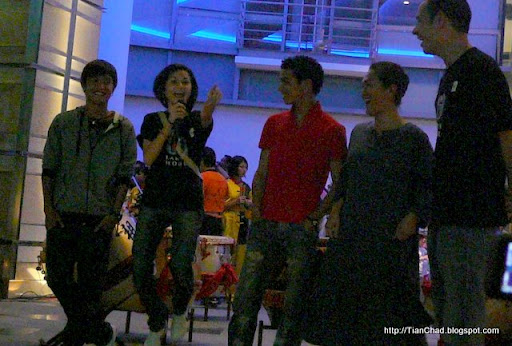 "Kahoe is among the most arresting looking actors I've ever employed in any of my films.", said Yasmin Ahmad The TALENTIME is on the movie since 26th March 2009 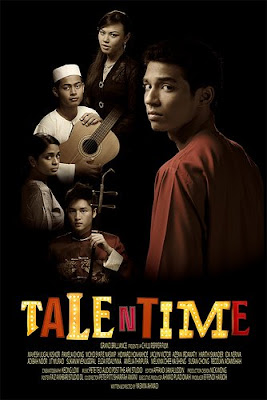 Here is some live view of them @ CapSquare^@^ 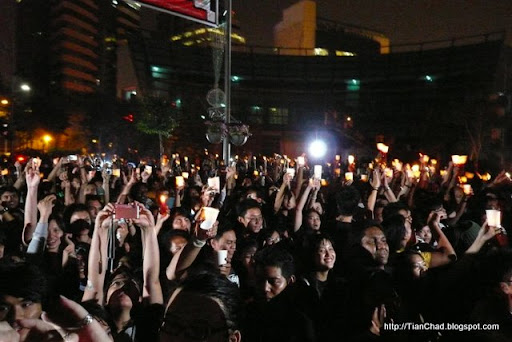 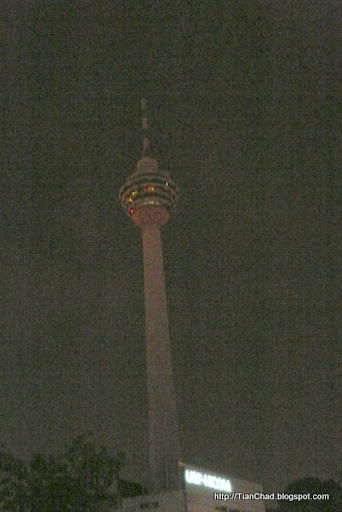 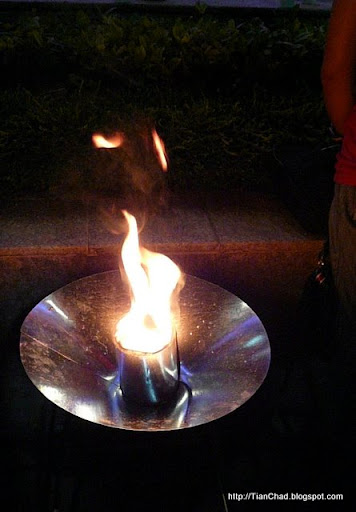 I was shocked to find that my booger was purely BLACK in colors!!
I thought I was poisoned...
Not a good idea to use this as a candle ar...
This stuff emitting a lot of smoke when the fire goes off... 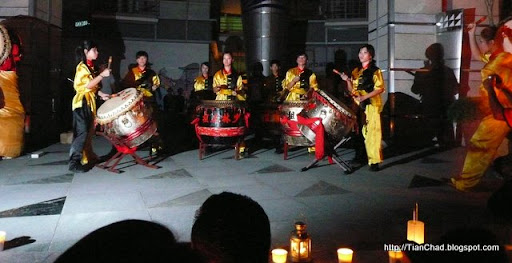 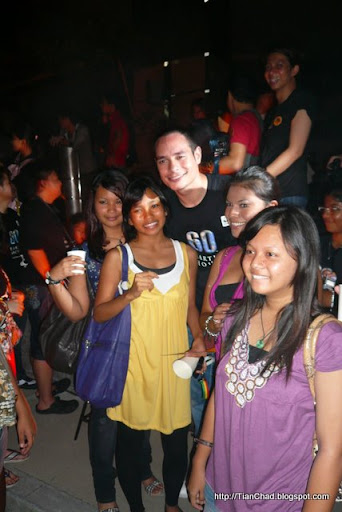 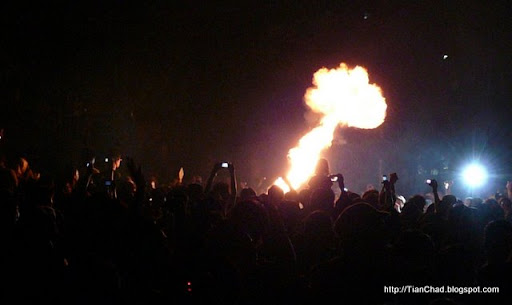 And one of my favourite show
The Tip-Tap Shoes
Recorded it in my handphone ;p 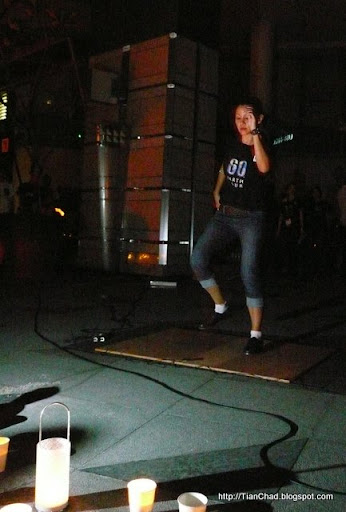 This is the singer with a very good voice
You can hear his voice from 24 Hour McDonald + other advertisement!
His name please :)
He made a funny song named "Ham Jim Peng"
* Try to figure out how to upload the mobile format recording first* 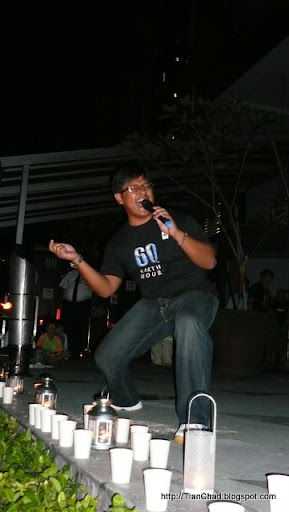 So fast, the clock ticked to 9.30 PM and the light of KL Tower switched on back 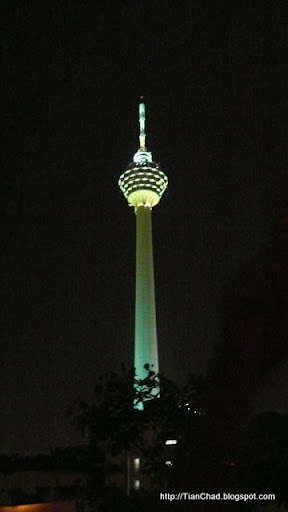 I did a crazy thing somehow XD
I went up to the backstage when they are doing the final show
Saw the backstage crews all wearing a black T-Shirt with "Crew" on it.
Luckily I was not "halau-ed" @ chased off ;p 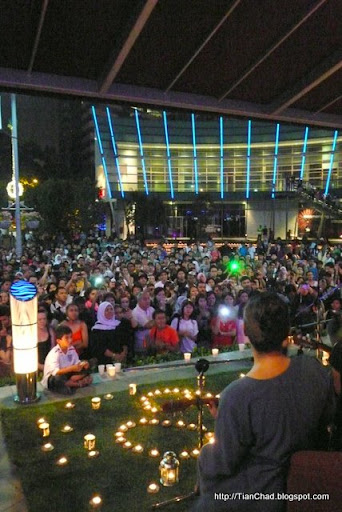 And a side view on stage when they are presenting the song. 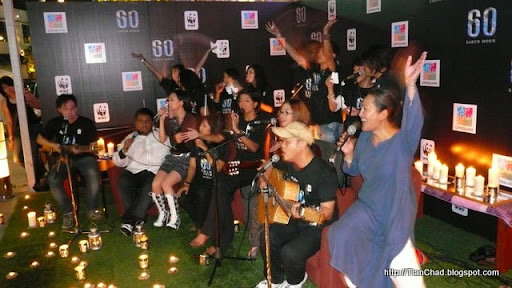 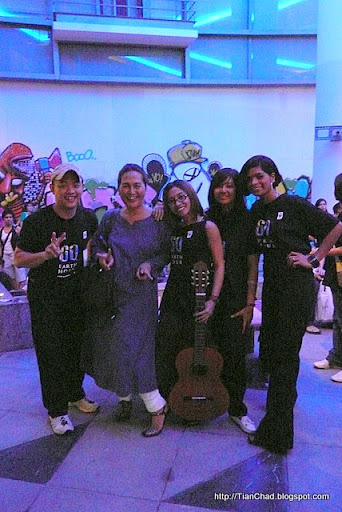 Guess who else I saw at the backstage?!
It was Marion Caunter!! 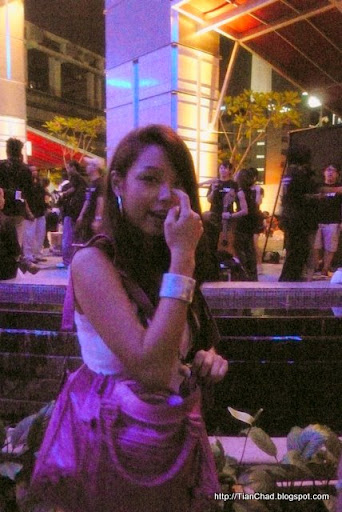 Something unexpected!!
My second time met her :)
(First time was in Melaka)
Not wasting a chance to take photo with her!! XD 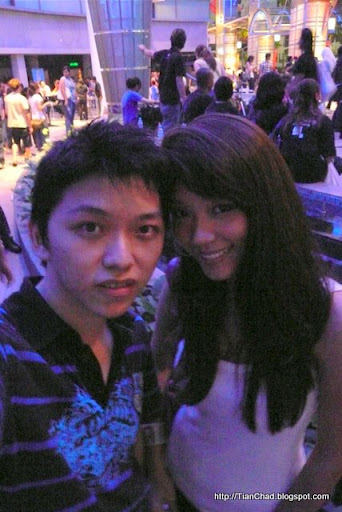 So I asked if they want to take photo with him??
After some struggling
They wanted to do crazy stuff like me
Waiting him outside the toilet for him!! XD

At first I don't really know his name.
I was actually asking Sok Yee what's his name when he coming out from the toilet =.="
Hope he didn't heard that...
Before I manage to get his name, I directly asked him a question when he passed by

"Hi, can I take photo of you with my friends?" 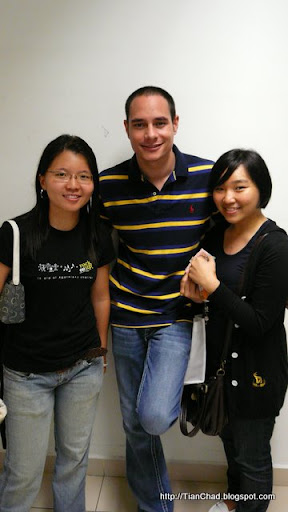 My other friends was actually waiting outside.
So I just managed to take picture of him with Li Ern + Sok Yee
Sorry to them cos I don't know you are waiting outside >.<... Basically I have met a lot of artists, celebrities at this event. Did you vote for Earth Hour that night? Last but not least, the two bangle that I get from the event and tons of memory ^@^ 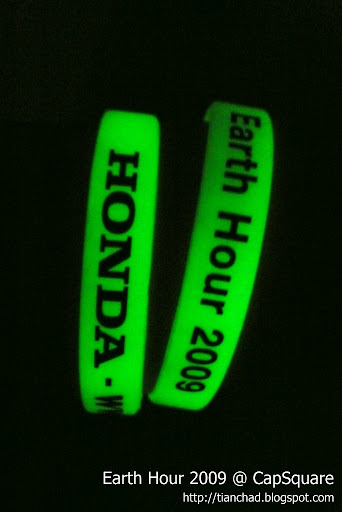