Time flies and it is already Astro's 20th Anniversary this year. So many things have changed over the years especially since the invention of PVR that lets you watch your favourite show anytime. On this festive day 10th of Oct 2016, Astro announced its grand celebration with 20 Exclusive Ónce-In-A-Lifetime' Experience for all Astro subscribers. Free preview of new Astro Channels until year end and free access to Astro Fest to be held at Sunway Lagoon Theme Park soon.

Let's just see what was in store during the celebration shall we? Since I arrived early at Astro office, there were many booths opened at the lobby where everyone including Astro staff can play the games, take photos to win exclusive merchandises. It was like mini funfair for us and I gotta say I love the MTV's 360 Video, Cartoon Sketching at Disneyland booth and being able to meet all the mascots from my favourite cartoon!! (Especially Mickey)

It was a great day to meet Astro artists in one same place too, special guest like Kim RaeWon 金来沅 from 'Doctors' Korean Drama (on OneHD) made a special appearance too.

The Disney portrait sketch had the longest queue and it was all worth the wait =) Thanks Calven that made me realise I have that cartoon look. Especially the hair? hahahaha! He even put the efforts to draw my camera too.

The highlight of this event was in the Studio hall. That's where most of the local TV production happen in here. We have Adam C, emcee of the day doing welcome remarks and giveaway to the audience. Talk show hosted by Harith Iskander together with Datuk Aznil, Vince Chong, and the trio comedian Nabil, Zizan and Johan. They are really funny on stage especially when the trio appeared on stage.


Dato' Rohana Rozhan, Group Chief Executive Officer of Astro said that they have been in the business for 20 years; with the business model changing rapidly with consumer needs. Astro will continue to strive to be better and to be a worthy brand of choice by introducing more new content, products, services and experiences of relevance and value. Which is why this 20th anniversary there's a series of experiences to rewards Astro Customers. 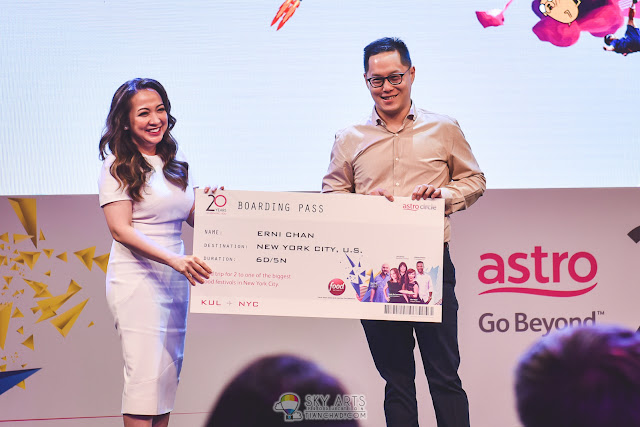 In conjunction with Astro's 20th Anniversary, they are giving away lots of oversea trip and 'once-in-a-life-time' experience for all Astro customers. I gotta say some are really really cool trip especially if you love K-Pop or be in the sporting event watch football match live at the venue itself! I am actually eyeing at the oversea trip to USA for photography workshop with Nat Geo's very own photographer and expedition leader in New Orleans.

• A trip to North Ireland for a Game of Thrones tour experience, or a baking class at Buddy Valastro Cooking School in New Jersey to bake like a Cake Boss!
• A trip to key sporting events like the Barcelona vs Real Madrid match in Spain or WWE Wrestlemania 33 match at Florida or a Premier League match in England.
• A trip to South Korea to attend either the 2016 MBC Entertainment and Drama Awards or the 2016 KBS Awards ceremony or the 2016 SBS Awards.
• A trip to Hong Kong to attend the TVB Gala 2016 Show or Celestial’s Movie Studio Gala Dinner.
• A trip to Chennai, the heart of Tamil entertainment to visit the famous AVM studio and be part of the audience in a top show by Sun TV and Star Vijay TV.
• Hang out with popular Malaysian celebrities, Zizan or Johan and get a cameo appearance in one of their shows.


Check out www.astro.com.my/celebrating-you for the full list of contests.

Log on to www.astro.com.my/celebrating-you to redeem up to four passes per account to this exclusive Astro Fest Carnival! 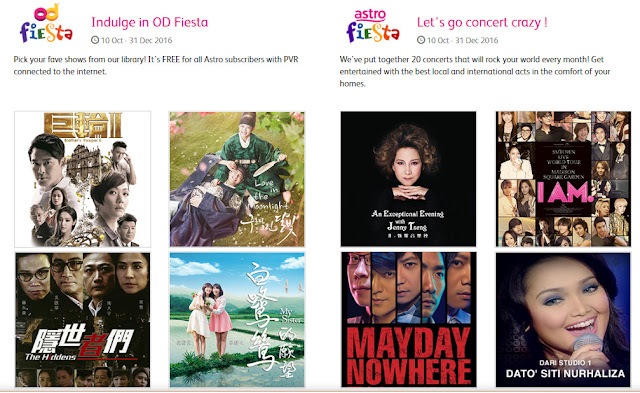 
Customers who have connected their boxes can enjoy OD Fiesta, a specially curated selection of the latest series from across the globe. 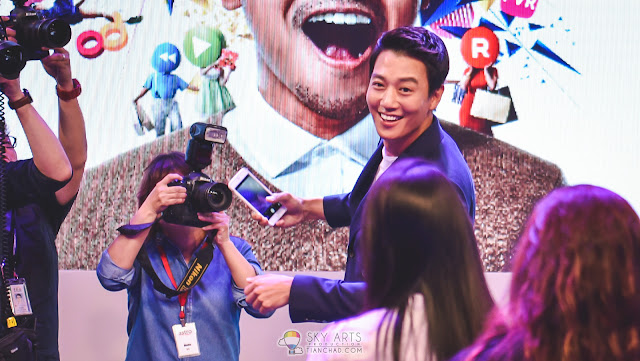 One of the highlight of the event is the special appearance of Kim Rae-Won 金来沅 in the studio. I believe Malaysian were so in love with him because the moment oppa Kim Rae-Won appear on stage the crowd (especially the girls) got so crazy. Check out the video below for some idea of RaeWon's moment:

Since Mickey was there, I can't miss the chance to take photo with him right? In Disneyland you gotta queue to take photos, in Astro the queue is much shorter and nearer hahaha.


Happy 20th anniversary to Astro again and thank you for the lucky draw gift by Astro GoShop =) If you are planning a travel trip to oversea, do join the giveaway and contest on www.astro.com.my/celebrating-you.

PS: Do think of me if you won a trip and not sure who to bring along okay? I will be your personal photographer throughout the whole trip! Haha!