Jonas Brothers commented their comeback tour signifies a new chapter of their life. hence they want to explore a new territory that's new to them, which is Asia. Most probably there will be three new songs (from their new album) sung in the upcoming concert in Malaysia. Jonas Brothers are really excited as they finally can meet their fans who had sent their song requests through social media network including Twitter and Facebook. 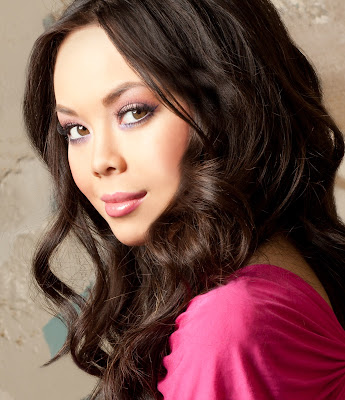 The American singer-cum-actress Anna Maria is set to open up for the Jonas Brothers’ concert in Kuala Lumpur. The 22-yeard old young lad born in San Francisco, California is an active actress at home for her roles as Ashely Dewitt on Hannah Montana and Ella pador on Camp Rock and Camp Rock:2 The Final Jam. She also played Miracle Ross on Cake TV and film Fame in 2009, whom she starred as Joy Moy. Two years later, she went on tour with the Jonas Brothers Live in Concert. Her overwhelming performance on stage earns her recognition.

If you want to get very close with Jonas Brothers, get tickets for The Pit zone; If you prefer to have a relaxing concert with Jonas Bros, choose the ticket in green zone then =)

1. This contest is strictly for readers of TianChad.com and there will be total 2 pairs of Jonas Brothers Rock zone tickets to be giveaway. Which means 2 winners will be selected!
2. You must complete all four steps to be entitled for the prize.You can send in as many entries as you like but each person is only entitled to one prize. Each entry must also contain a different slogan.
3. The closing date for this contest is by 8pm on 22nd October 2012.
4. Late entries and and incomplete entries will be disqualified.
5. Decision made by judges is final and abiding.
6. Terms and conditions are subjected to changes without prior notice.
7. Contest winners will be notified via email by 11pm, 22nd October, 2012. Winners will require to follow the instructions in the email to redeem their passes.